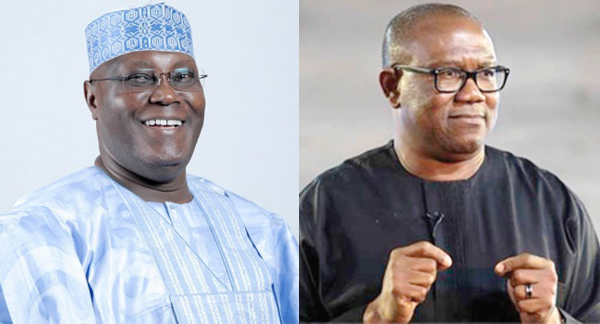 Atiku Abubakar, the Presidential candidate of the Peoples Democratic Party in the 2019 General elections, according to unconfirmed report has picked his running mate and it is Former Anambra State Governor, Peter Obi.

However Premium Times reported that the former Anambra governor who is widely speculated as a top candidate for Mr Abubakar to pick as running mate, arrived at Mr Abubakar’s residence in Asokoro neighborhood around 3:00 p.m today, and both have been holding undisclosed talks.

It should also be noted that suggested in the public domain, Atiku Abubakar is widely expected to choose from either the Igbo-dominated Southeast or a Yoruba choice in the Southwest part of the country. His choice of Peter Obi as a running mate is already trending on Twitter, and here are

Atiku picking Peter Obi as running mate is great news…hopefully, he won’t be a monumental disappointment like Prof Osinbajo.

BREAKING: Unconfirmed reports that Atiku has picked Peter Obi as running mate. If true, It’s a good day for Nigeria. We can now all say we are One nation under God where no one is marginalized on the basis of their tribe or ethnicity.

I’ll come back and do this thread later – I’m too excited to do any calm analysis rn: PETER OBI IS THE NEXT VICE-PRESIDENT OF THE FEDERAL REPUBLIC OF NIGERIA!!! To be elected on February 16th 2019 on the platform of the PDP. And to serve alongside PRESIDENT ATIKU ABUBAKAR!!!

Thank you HE Atiku Abubakar for picking Peter Obi as your running mate. Nobody can call Peter Obi corrupt; he will tell you you’re wasteful and you can’t respond. Let’s win this once and for all. Peter Obi has more integrity than everyone in this Admin. Verifiable integrity.