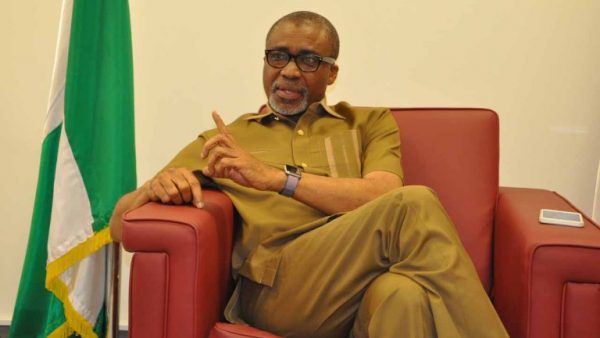 An Abuja Division of the Federal High Court has turned down a request for the release of Eyinnaya Abaribe who was arrested by security operatives on June 22.

It woukd be recalled that the senator, is one of the sureties for the leader of the Indigenous People of Biafra (IPOB), Nnamidi Kanu, when the latter was granted bail in April 2017. Mr Kanu has, however, been missing since September 2017.

Mr Abaribe was arrested by security operatives for alleged links with the IPOB members.

Mr Abaribe has neither been released nor charged to court.%0sel, Mr Ejiofor demanded his release.

Mr Ejiofor asked the court to order the federal government to release Mr Abaribe, describing his arrest as illegal and unconstitutional.

But in a ruling, Mrs Nyako said she could not give the order for the senator’s release because she was not the one who ordered his arrest.
According to the judge, the circumstances that resulted in Mr Abaribe’s recent arrest were not before her.