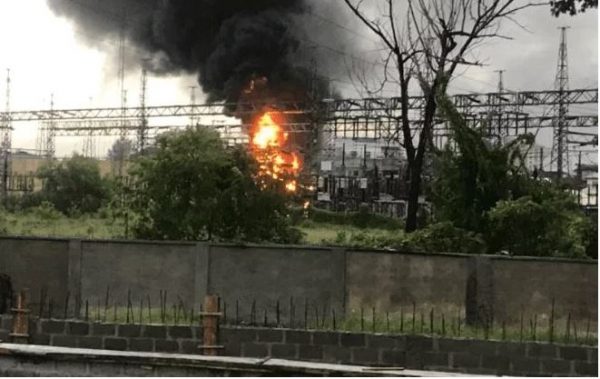 The incident has consequently forced residents out of their homes, as they scampered for safety for safety out of fear of being electrocuted.

Road users on their part had to take alternative routes as they abandoned the Effurun/Sapele road because BEDC wire in the area was seen dangling dangerously.

Efforts by firefighters to quench the raging inferno were unsuccessful as they repeatedly ran short of water supply.

Before the firefighters mobilized back to the scene, a serious damage had been done on the BEDC substation.

READ ALSO :  "You should have sex with your wife at least 16 times a week" - Joro Olumofin advices Nigerian men

At the time of filing this report, the cause of the fire is yet to be ascertained.
However, attempts by our reporter to speak with BEDC Public Relations Officer, Helen Ogege were fruitless as she was not picking up calls put across to her phone line.