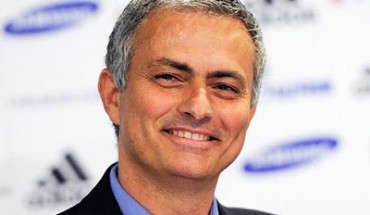 Chelsea manager Jose Mourinho has said he won’t be indulging in any more celebrations when the English champions complete their Premier League season at home to Sunderland on Sunday.

The Blues will be presented with the trophy after the match at Stamford Bridge and will parade it, together with the League Cup, through west London on Monday.

Sunday’s match is also something of a celebration for Sunderland, who preserved their top-flight status with a goalless midweek draw against Arsenal that ensured the north-east side could not be relegated.

“The motivation is to be the champions for us, and for them it’s not to be relegated,” Mourinho said.

“We are over — probably them too — with celebrations.

Mourinho, in his second spell as Chelsea manager, said it was becoming ever harder to secure a top-four finish and Champions League qualification, let alone win the title.

“The most important thing I learnt was last season, when I realised that after being away from England for a few years — five, three in Madrid, two at Inter — was to realise it’s more dangerous to be a contender,” he explained.

“It’s more dangerous to be a title-contender manager because you start the season and you don’t know what is waiting for you,” the Portuguese boss added.