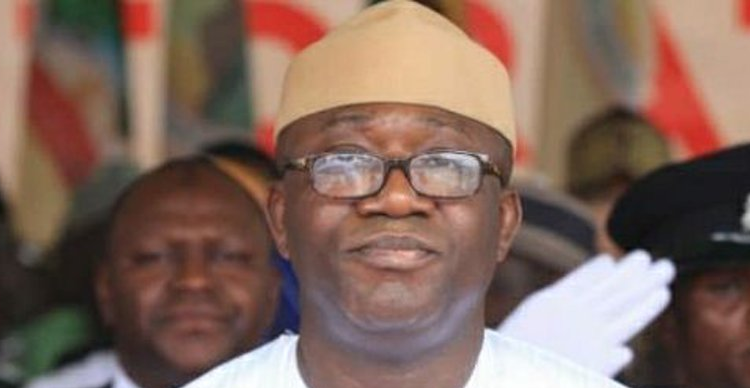 The Peoples Democratic Party in Ekiti State has described Governor Kayode Fayemi’s presidential declaration in Abuja on Wednesday, as a “declaration of failure.”
The PDP, while accusing the governor of wasting millions of naira belonging to Ekiti State on his presidential ambition, leaving entitlements of pensioners, salaries and deductions unpaid, challenged Fayemi to “tell Nigerians how well he has governed the state to qualify him as the president of Nigeria.”
The party spoke in a statement titled, “Fayemi wasted millions of naira, Ekiti money to declare failure in Abuja – PDP” issued by its State Publicity Secretary, Raphael Adeyanju.
It said, “It is unfortunate that 95 per cent of those who attended the declaration were transported from Ekiti to Abuja on the bill of the state government. A presidential declaration that is 95 percent attendance from Ekiti should have been held in Ado Ekiti.
“From information available to us, over N300 million Ekiti State money was spent on that declaration while more than N1 billion was spent on the governor’s consultation across the country,” the PDP stated.
READ ALSO :  Gambia: President Jammeh Has Confirms The Death In Custody Of Solo Sandeng, Won’t Launch Investigation
While faulting the governor’s claim that he would tackle security in Nigeria if elected president, the PDP said, “Ekiti State residents can no longer sleep with their eyes closed, most of the roads have been taken over by bandits who are kidnapping people at will and collecting cigarettes, noodles, can beer, sachet water and so on as ransom.
“If Ekiti is not secured under Fayemi as the governor, how can Nigeria be secured under him as the president? Can the country afford to replace a tyrannical emperor like Buhari with Fayemi his alter ego? What will be the fate of the Nigerian workers under president Fayemi who takes pleasure in sacking workers as a state governor?”
READ ALSO :  BEHEADED AT THE ALTAR ISIS butchers ‘filmed themselves forcing Catholic priest, 84, to kneel before cutting his throat after performing sermon in Arabic
The PDP spokesman alleged that Ekiti State workers employed by the PDP governments were sacked by Fayemi’s All Progressives Congress government, claiming that when court ruled that the sacked workers be reinstated, Fayemi refused.
The PDP queried, “Is that what he is coming to replicate as president of Nigeria?”
Post Views: 3