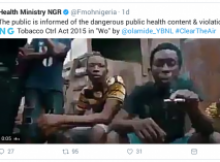 Olamide’s song Wo! has caught the attention of the Federal Ministry of Health over what the ministry described as contravention of Nigeria’s health laws. 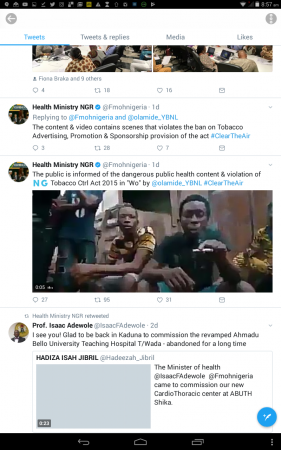 Taking to its Twitter account, the ministry revealed that Wo which featured a line were Olamide mentions cigarettes contravenes Nigeria’s laws on Tobacco advertising, promotion & sponsorship.

According to them, the video promotes a dangerous habit that encourages second-hand smoking.

The risks from this include cancers, respiratory & cardiovascular diseases.