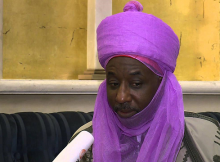 Emir of Kano, Sanusi Muhammad II says if Nigeria were to break up into components today, Northern N‎igeria would be the poorest countries in the world. .

The Monarch said this in his key note address during the opening ceremony of Kaduna State’s Investment and Economic summit (KADINVEST), titled ‘Promoting Investment Amidst Economic Challenges’ in Kaduna state today April 5th. .

Emir stressed that it would be a disservice to use the standard of living of Nigerians residing in oil rich Niger Delta or commercially viable Lagos and business oriented south-east, to compare that of the North. . Nobody saw this because we were looking at Nigeria as a country that averages the oil-rich Niger Delta, the industrial and commercial-rich Lagos, the commercially viable southeast, and you have an average. Break Nigeria into its component parts, and these parts of the country are among the poorest, if it were a country. .

And we do not realise we are in trouble. Other Muslim countries have pushed on. We are fighting culture, we are fighting civilisation. You tell me that you should not write love book in northern Nigerian.‎ What is the crime of those books?” he asked. .

READ ALSO :  Biafra: Why We Must Listen To IPOB, Nnamdi Kanu – Tinubu
He decried the burning of science books in some parts of the Nort due to religious beliefs. On the culture of marrying more than one wife and given birth to children without proper Family planning, Sanusi said “Of what benefit is it to the north, having three million children roaming about?” he asks
Post Views: 12