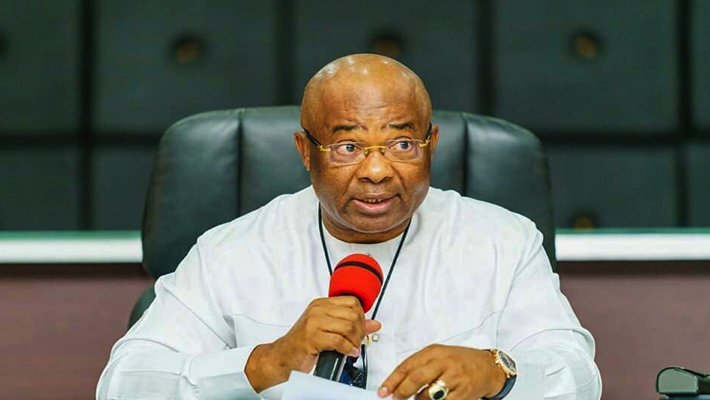 The Indigenous People of Biafra (IPOB) has denied responsibility in the various violent incidents that have so far taken place in Anambra State in recent times, saying neither the group nor its military wing, the Eastern Security Network (ESN) has anything to do with them.

The group in a statement on Monday made available to Ripples Nigeria, said insinuations that it was responsible for violence in Anambra which stakeholders said could disrupt the November 6 governorship election in the state was not true as they have nothing to do with the incidences.

The group also said the four persons reportedly killed by the military in Nnobi in the Idemili South Local Government Area of the state which were wrongly labelled as ESN operatives by the military, were bandits recruited by Imo State Governor Hope Uzodimma and other politicians to hijack the election.

The statement signed by IPOB’s Director of Media and Publicity, Emma Powerful, insisted that there was an ongoing “genocide plan in the South-East zone against Biafrans”, saying it was worrisome that the international community and global rights organisations were not doing anything about it.

“The attention of the Indigenous People of Biafra under the command and leadership of our great leader, Mazi Nnamdi Kanu, has been drawn to the claims by Nigerian government and its military that they killed four IPOB and ESN operatives in Nnobi Idemili South LGA, Anambra State.

“We want to categorically state that IPOB and ESN members were not the ones killed in the said operation.

“Neither IPOB members nor ESN operatives were among those purportedly killed by the Army in Nnobi two days ago.

“What happened was that they mistakenly killed some criminals and terrorists recruited by Supreme Court Administrator in Imo State, Hope Uzodimma, and the All Progressives Congress to wreck havoc in South-East.

“These hooligans are the ones unleashing mayhem on our people in the name of ESN, just to implicate and demonise IPOB. But nemesis caught up with them.”

The group also alleged that the Governor of Imo State, Hope Uzodima, had been “employing all manner of strategies to deliver Anambra State to APC,” urging the residents to resist him.

“We want the media to summon courage and ask the Nigerian military to tell them whom they killed at Nnobi, Anambra State, and they should stop linking IPOB to what happened at Ekwulobia in Aguata, two days ago.

“Similarly, the Nigerian Army is committing secret genocide in Biafraland. The whole world must take note of this atrocities and extrajudicial killings going on in Biafraland in the name of Operation Golden Dawn.

“Particularly, everybody must endeavour to watch the viral videos and pictures where Nigeria soldiers and its sister security agencies shooting innocent villagers in Awgu, Enugu State.

“Nigerian security agents were sent into our territory to commit another round of genocide against innocent citizens of Biafra.

“We wonder why Amnesty International, Civil Liberty Organisations and other global rights bodies will keep quiet and allow the Nigerian military to be killing innocent citizens, because they accept to belong to the upcoming Biafra Nation,” the statement said.