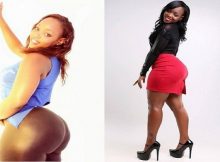 A man has been left guilt-stricken after he had incredible sex with his boss’ wife as he is now scared of losing his job.

I felt guilty as hell after bedding my boss’ wife – but the sex was amazing and we just can’t get enough of each other.

I’m 24 and work for a small family firm that sells upmarket gardening gear. I do whatever is called for, from driving the van to packing up boxes or walking the dogs. Last year the business took off in a pretty big way after years of just staying afloat.

It was the boss’ 50th birthday last month and he paid for the staff plus most of his extended family to go to a nightclub. He’s a really top man and he paid for our drinks.

His wife is much younger than him. She’s 36 and I reckon she must spend half the profits on make-up and clothes. By midnight the boss said he was knackered and ready for bed. He asked me to make sure his wife got a taxi home when at last she was ready to go.

I danced with his wife and we were having a good laugh. Then she said she needed some air so I took her outside and she started to kiss me.

She asked me to take her back to my flat as she didn’t feel well. As I live just a short walk away we did just that.

I made her a coffee and she seemed fine, then she started to kiss me again.

We followed that up with hot sex in my bed. She wanted to stay but I sent her off home. I felt so guilty that I couldn’t sleep.

What if she tells her old man? I know it sounds stupid but since then we’ve met on the quiet and had sex several times.

I think it’s the thrill of the risk that she likes.

I’m loving the sex but I really don’t want to be out of a job. How can I tell her I want this to stop?