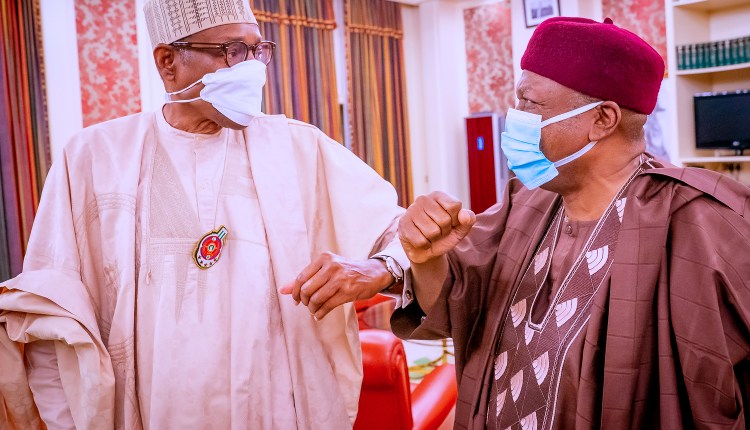 President Muhammadu Buhari has directed the deployment of more security personnel to Manga village of Taraba State, a border town between Nigeria and Cameroun.

Taraba State Governor, Darius Ishaku disclosed this in an interview with Journalists, on Tuesday, after he met with the Nigerian leader at the Presidential Villa, Abuja.

The Governor said the decision was taken, following the recent attack on the area by Camerounian amazons.

He said: “I came to see, Mr President, on security issues. If you remember, some weeks back, there was an attack in Taraba State, specifically, at Manga, which is in Taraba State and has a boundary with Cameroon, it was invaded by the Cameroonian armed soldiers, they killed 11 people, including the chief of the small town.

“And I have not been able to see Mr President because of his busy schedule and his travels. So I’m fortunate today to have an appointment with him, to brief him on details, about what transpired and need to give us some assistance in that axis. It was a very usual discussion and I am happy.” 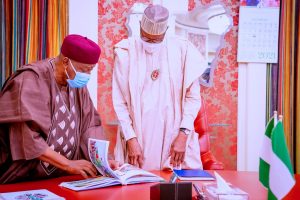 The Governor said he also sought support for rice farmers in the State, to boost their activities, because they have the capacity to feed the entire nation.

“And also to seek assistance, I told Mr President that Taraba can supply the country with rice, which he knows very well because he knows Taraba absolutely well.

“If you remember, he was our Governor in those days as in North East Governor. So, I’m seeking for more aid towards the farming of rice, particularly the dry season rice, where we get three-four times that of the rainy season and more and more people have been encouraged into this farming. I have empowered well over 20,000 people and they are all interested in the dry season. And I thought that if we are assisted, we should be able to produce enough rice in this country because we have the land.

“First, there are loans that have been approved but we have not received our own through the CBN. We also have gotten assistance from the Czech Republic to give us a long term loan; we have actually manufactured about 2000 tractors. For over two years it is stuck in Czech Republic, we have not been able to get those shipped to our farmers. And there are other assistance that comes from the federal ministry.

“Some have reached us which we are utilising very well. But I imagine that without getting these soft machinery assistance, you will not be able to encourage much more people than we already have. Because, if they have these small medium tractors, which we had ordered, with their chemicals, fertilizers, and so forth, which usually comes from ministries and the federal government.

“And even with those places, particularly my area, I need to do channelization, I need canals, I need to build a lot of canals to carry this water during the dry season along the coast of the rivers. We have the River Taraba, River Donga, and River Gongola within the state, without those canals, they cannot be able to be irrigated.

“We have excess water during the rainy season, but then it dries not only dry but then if we have these canals, we can store this water as a dam, pump it and it will roll down and the farmers use it in their farms. I don’t know if you have ever been to Kano; you see the way you have those canals on your way entering Kano. This is the kind of thing I am hoping to do in Taraba. We have applied to CBN for years, nothing has happened. And without you doing this, we cannot get the dry season farmers to come on board. And as I said earlier, they harvest three to four times more than the rainy season,” the Governor explained.