The Nigerian army disclosed it has arrested the soldier who recorded a viral video, begging his colleagues not to shoot at #EndSARS protesters.

The soldier who has now been identified as Lance Corporal Harrison Friday, was reportedly apprehended by the Nigeria army over cyber crime. 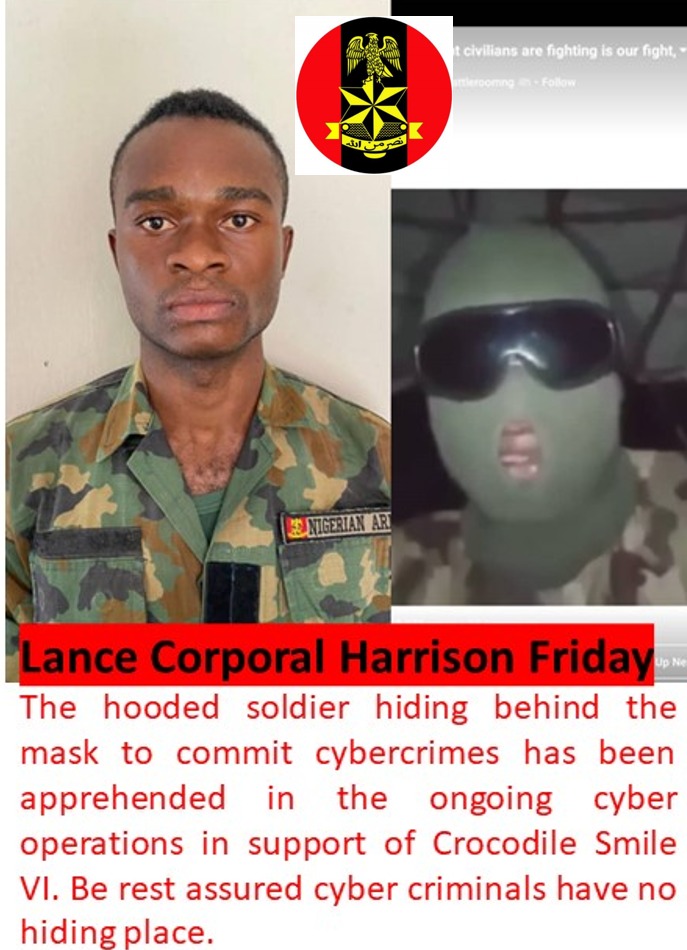 READ ALSO :  Why I decided to risk my life to protest in Gambia - Aminata B And Basiru H
In a post shared on its official Twitter handle this morning, October 21st, the Nigerian Army stated that Harrison was involved in “cyber crime” and has been arrested.

The hooded soldier has been apprehended.

The hooded soldier hiding behind the mask to commit cybercrimes has been apprehended in the ongoing cyber operations, in support of operation smile VI. Be rest assured criminals have no hiding place.

Recall that, Harrison recently made a video that made rounds on social media, advising his colleagues on the right side to take in the ongoing #EndSARS protests across the country.

The soldier who was fully masked up, told his fellow soldiers to avoid being used by the government as tools of oppression to stop the ongoing protests in Nigeria. 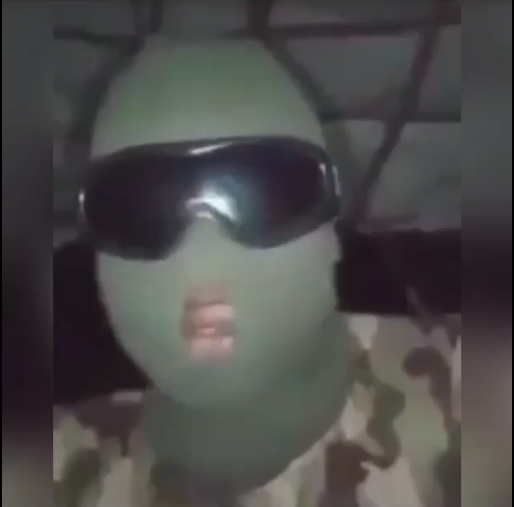