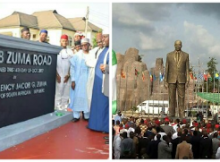 The Governor also gave President Zuma, the Imo Merit Award, the highest award in the State which is usually given to honour persons that have distinguished themselves in various fields of human endeavours.

A street was also named after Zuma and he was also conferred with a chieftancy title (Ochiagha di oha mma of Igbo Land). 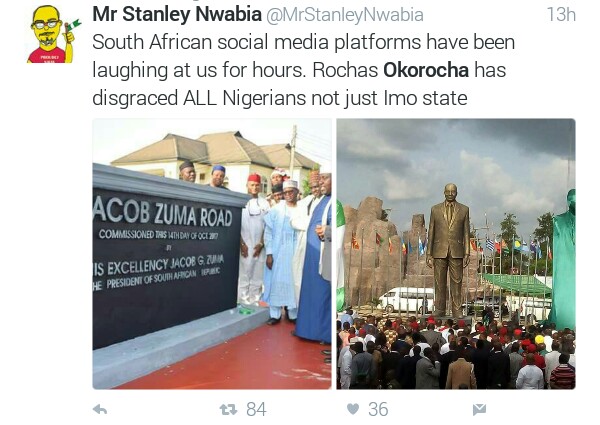 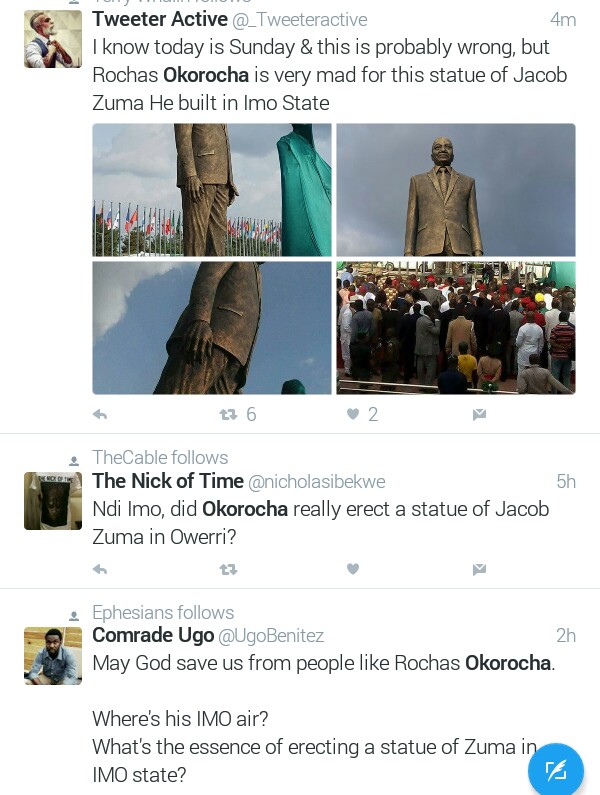 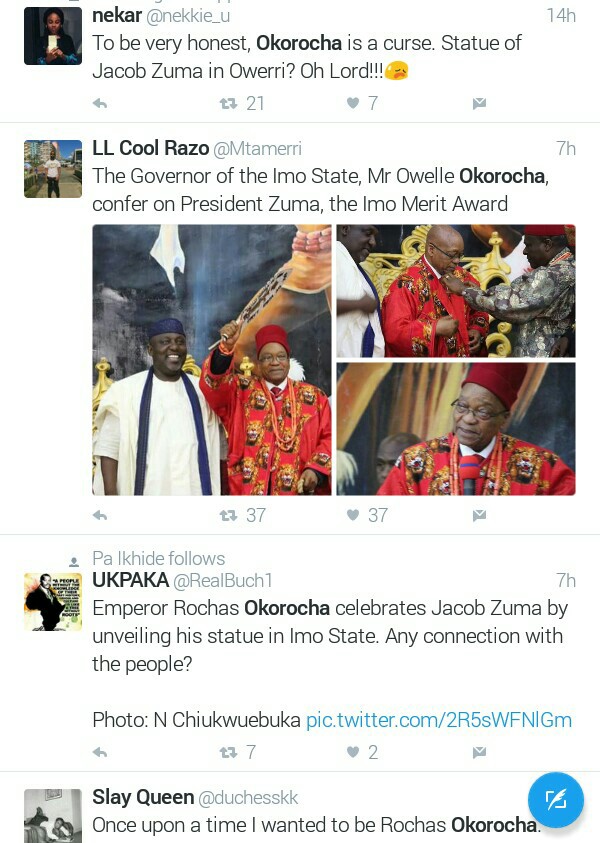 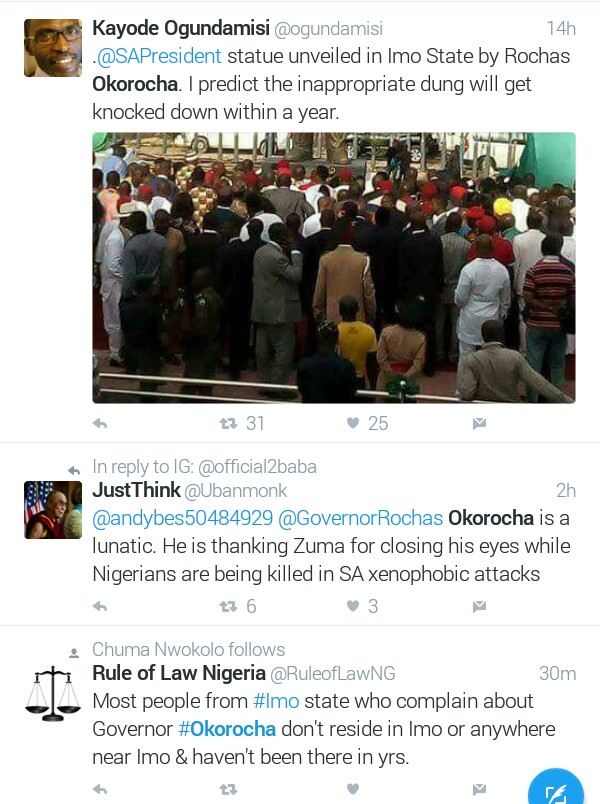