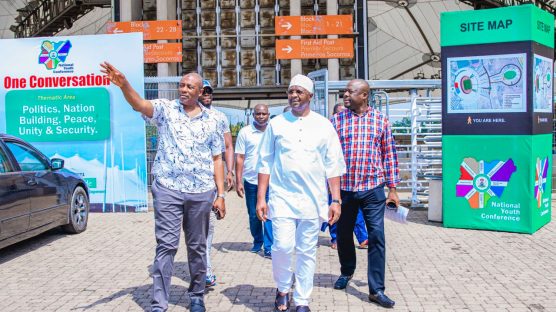 The Vice-Chancellor, Nassarawa State University, Professor Suleiman Bala Mohamed has said the older generation of Nigeria is not ready to relinquish power to the younger generation calling on youths to urgently begin to reflect on their future.

Mohammed, who was represented by the deputy vice chancellor academics, professor Haruna Ayuba stated this at the opening ceremony of a two-day roundtable on raising political awareness among youths and students in tertiary institutions in Nigeria organized by African Centre for Media and Information Literacy (AFRICMIL).

The vice chancellor further said the youths represent 60 percent of the population of this country urging them to leverage on this to create political awareness and also exercise their voting rights.

In his address, coordinator, AFRICMIL, Chido Onumah said while it appears that many of our young citizens do not show interest in taking up the baton of leadership, some who dare to, are challenged following barriers placed by the present political actors.

Onumah also said Nigerian students have been in the frontlines of efforts to change unequal social relations in the country as far back as the mid-1920s with the creation of the West African Students’ Union (WASU) which was partly pioneered by Nigerian students in London.

“They fought against colonialism and the emancipation of Africans,” he added.

He further said the aim of this roundtable, among others, is to help students understand that because they are linked to the larger society by family, marriage, friendship, religion, ethics, culture, and history, they cannot pretend to be indifferent to the fate of the larger society and that as young and active members of society, they have a historic role to not only challenge the current social order but to work to change it.

“We must organise and build issue-based coalitions to focus on unbundling the challenges that confront us on in all sectors, rebuilding our country in the area of credible electoral processes, participatory and inclusive governance, media rights and freedom of speech, peace and security, education, agriculture, health, access to justice etc,” she noted.