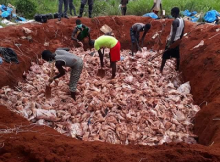 READ ALSO :  A Must Read: Lady Who Just Finished NYSC Shared The Conditions A Man Gave To Get Her A Job [SCREENSHOTS]
.

The Unit with the aid of partner security agencies including the National Agency for Food Drugs Administration and Control (NAFDAC) and the Nigeria Police Force, was able to secure the container and its contents and destroy it in line with government directives. 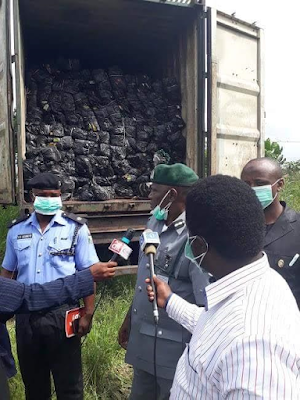 . He also called on intending frozen poultry importers to desist and instead channel their resources to legal imports will be of benefit to the nation and to avoid incur loss. 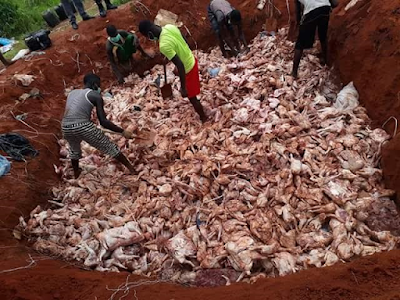 He reiterated the commitment of the Service to work tirelessly to protect the economy as well as the local agriculture industry from unhealthy competition.

On hand to witness the destruction were representatives of the Nigeria Police Force, the National Agency for Food Drugs Administration and Control (NAFDAC), the Department of State Security, National Security and Civil Defence Corps (NSCDC), amongst others. 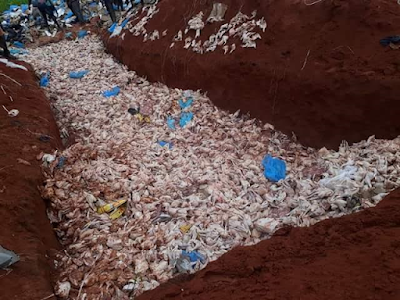