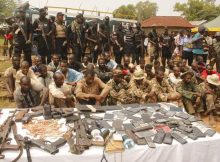 Addressing newsmen in Dikko, Niger State, the Force spokesman, CSP Jimoh Moshood, said that the suspects were arrested in their hideouts and camps where some of their victims were rescued and the listed items recovered.

“In the operation that is still ongoing, four (4) different vicious and notorious Kidnap for ransom gangs including those dealing in illegal possession of prohibited fire arms were dislodged and busted,” said the spokesman. 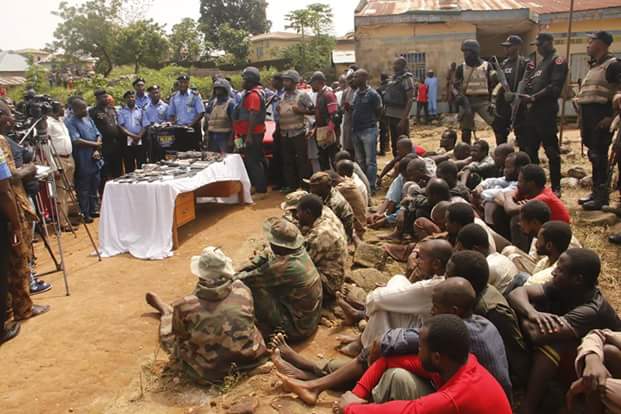 “Also arrested is a gang that is responsible for the killings of some security personnel on Kaduna – Abuja road and Abuja – Lokoja road recently. They equally confessed to have raped some of their victims. A total number of thirty one (31) suspected kidnappers / Armed Robbers were arrested in the operation

“They confessed to the offence and admitted to the various criminal roles they played in the commission of the crime. The arms and ammunition, kidnappers operational vehicles listed above and other properties belonging to some of their victims, who were rescued from the gangs, were recovered from them. Most of the suspects were identified by the victims and for being responsible for their kidnap. Investigation is being intensified to arrest the other suspects at large. All the suspects will be arraigned in court on completion of Investigation”

READ ALSO :  23-yr-old Nigerian Guy Who Followed His Friend To Rob Out Of Pity, Gets Caught While The Friend Escaped 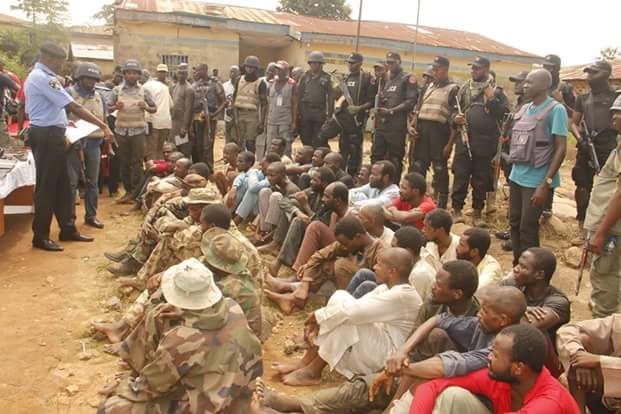 CSP Moshood further revealed that five suspected kidnappers died during exchange of fire with with the police personnel attached to Operation Absolute Sanity.

“The police lost SGT Sherri’s Abdulahiwhen the team came under ambush attack by the suspected kidnappers in the early hours of of Tuesday, September 26.” 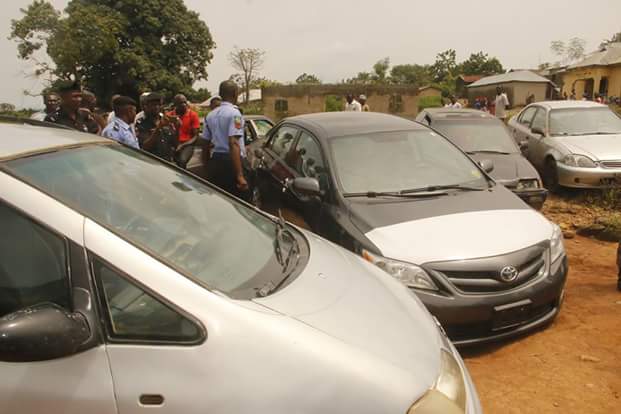 “While the operation is being sustained, the Inspector-General of Police has directed the Assistant Inspectors General of Police (AIGs) and Commissioners of Police (CPs) in the zones and commands to introduce new strategies in curbing kidnappings and other violent crimes on the highways and major roads in other states of the country. 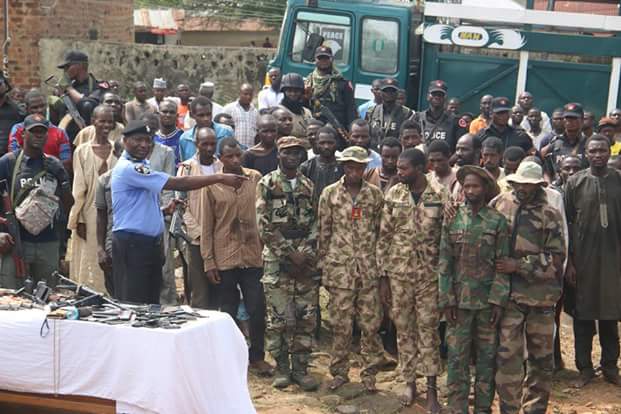 “They are also to beef up security in their Area of Responsibilities (AOR) and ensure massive deployment of Armed Police Personnel, Patrol Teams and undercover operatives to black spots, flash points and other vulnerable criminal spots to nip in the bud all forms of crimes and criminality nationwide and make sure that detection of crimes are prompt to serve as effective deterrent to who-will-be criminals. The ongoing raids on criminal hideouts will be sustained throughout the country. 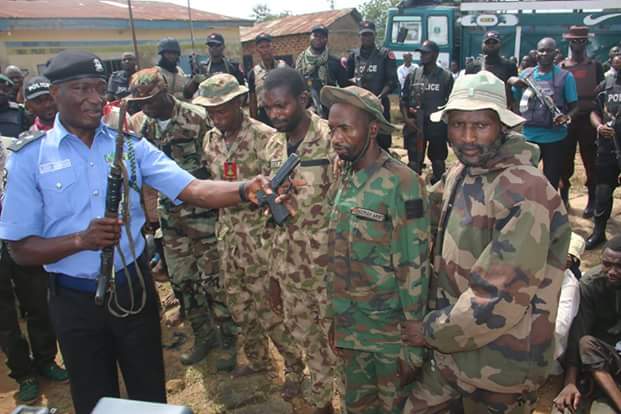 “The Inspector General of Police wishes to extend appreciations and gratitude to the communities, towns and villages along Abuja – Kaduna and Abuja – Minna highways for the supports and assistance being rendered in terms of prompt information and complaints to the Police Personnel deployed in their localities that have led to so many successes for the Nigeria Police Force. The renewed commitment of the Nigeria Police Force to reduce crimes and criminality in the country is yielding positive results and remains unwavering.” 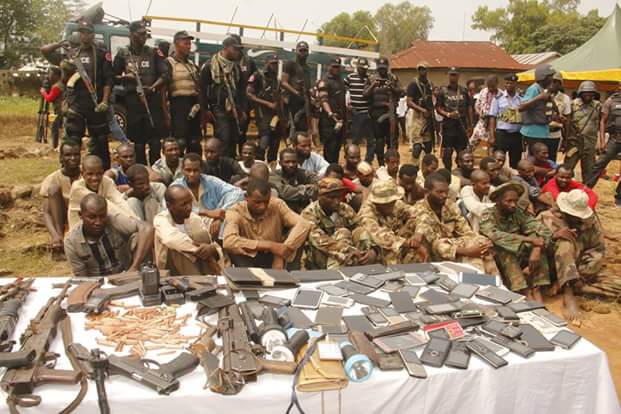 Below are names and exhibits recovered: