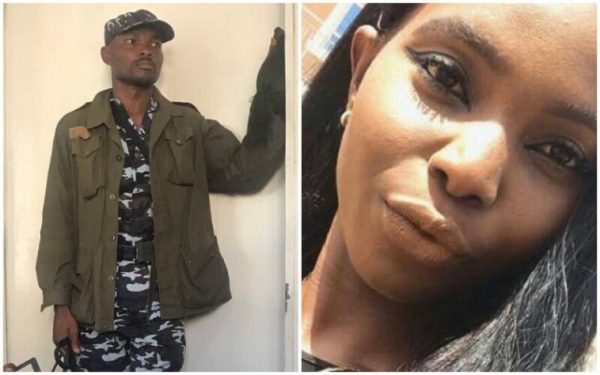 The Police Command in the FCT has arrested and dismissed the policeman, Benjamin Peters, who allegedly killed an NYSC member, Angela Igwetu, in Abuja a day before her passing out parade.

The Commissioner of Police, Sadiq Bello, disclosed this while addressing newsmen on the incident on Friday in Abuja. Mr Bello said that necessary disciplinary procedures had been concluded.

“He (suspect) has been dismissed from the force and arraigned before a court of competent jurisdiction and he is currently on remand awaiting trial,” he said.

“It was alleged that the lady, one Angela Igwetu stood up and brought out her head through the sun roof of a Toyota Camry car shouting and calling for help that she was kidnapped,” he said.

The commissioner said that the command would not condone act of irresponsibility and incivility or outright criminality on the part of officers and men.

“They have always been admonished to be civil to members of the public and be professional in the conduct of their duties,” he said.
He reassured residents of the territory to go about their lawful businesses without fear of molestation or harassment as their peace and security were guaranteed at all times.

Mr Bello appealed for calm and understanding from members of the public and family of the deceased as justice would prevail in the matter.