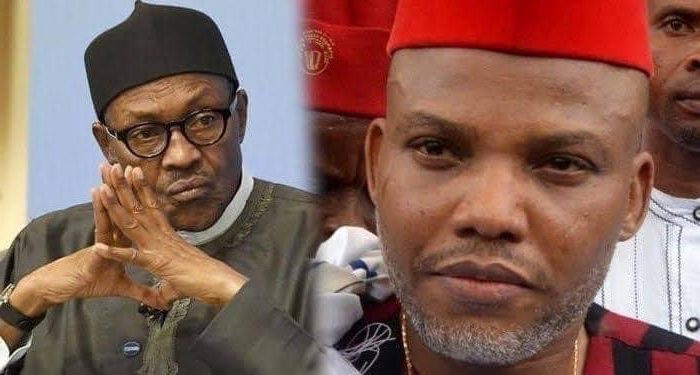 Traditional and religious leaders in the South-East region have called on the Federal Government to release the detained leader of the proscribed Indigenous People of Biafra (IPOB) Nnamdi Kanu.

In a joint statement on Sunday, the chairmen of the South-East Council of Traditional Rulers and the Representatives of Igbo Archbishops and Bishops said Kanu’s release would douse the rising tension in the region.

Also, the leaders called on the Federal Government to de-proscribe the IPOB and to release all members of the group held in various detention facilities.
According to the leaders, it had become imperative and compelling to de-emphasize the military option and the move towards finding a political solution that would lead to sustainable peace in the region.

The groups also called on IPOB to cancel all scheduled sit-at-home orders and shun any action that would disrupt the November 6 Governorship Election in Anambra State.

“Flowing from similar initiatives taken to bring peace to other troubled parts of the country, we urge the Federal Government and other stakeholders to explore dialogue and negotiation in resolving critical issues that threaten national unity, cohesion, and development.

“We are of the firm belief that this act of courage and statesmanship is not only imperative but will speedily de-escalate the heightened state of insecurity and dislocation in the South East Zone.

“We call on the Federal Government to take urgent steps to demilitarize the South East Zone, more so as it has become apparent that a continued military siege on the region can only lead to heightened tension, skirmishes and endless bloodletting between the security agencies and our youths,” the statement read.