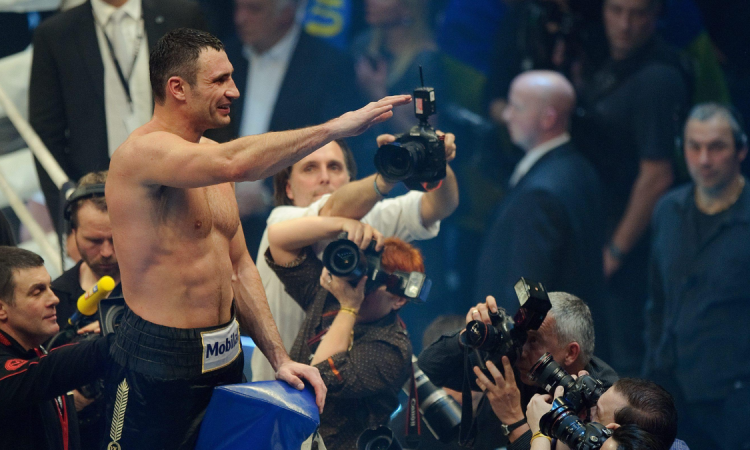 According to Klitschko, who is currently on the war front, he is “ready to die” to protect his country

The one-sided war between Russia and Ukraine began last Thursday when President Vladimir Putin ordered his army to launch a military invasion of their neighbours.

As at this minute, a 40-mile-long convoy of Russian troops and tanks has reached the outskirts of Kyiv.

Klitschko, who is the Mayor of Kyiv, said “the enemy is on the outskirts of the capital,” but added that the Ukrainian military are “preparing to defend Kyiv.”

“We were in the USSR, we don’t want to go back to the Russian empire,” Klitschko said when asked to deliver a message to President Putin.

“I am very proud to see how patriotic people are. We’re not interested in how strong the Russian army is, we’re ready to fight. And we’re ready to die for our home country and for our families, because it’s our home, it’s our future and somebody wants to come to our home and steal our future from us.”

READ ALSO :  2023: What Buhari said about my Presidential Ambition – Tinubu opens up

Asked how long he believed Kyiv could hold out for, Klitschko added: “I’m not ready to give you a clear answer. So long, so long time, if we’re still alive.”

Former heavyweight boxing champion, Klitschko alongside his brother and fellow Hall of Famer, Wladimir Klitschko, last Friday took up arms to help Ukraine in the “bloody war” against Russia.

Russia launched its invasion by land, air and sea following a declaration of war by President Putin.

An estimated 100,000 people have fled as explosions and gunfire rocked major cities. Dozens have been reported killed.