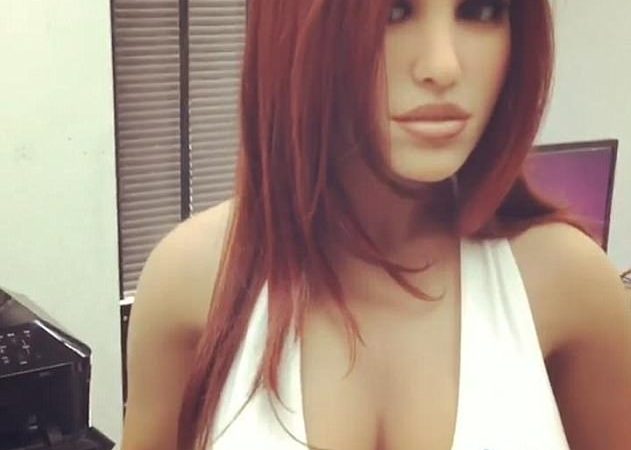 Hehehe this one weak me!…You may like to read also, Sexual satisfaction not possible with sex dolls — Seyi Hunter

With the troll of sex dolls which has become the order of the day in the country and on social media, many are quizzed as to whether or not the sex robots can deliver as they have been hyped. One person who has lent her voice on this is Nollywood actress, producer and self acclaimed sex goddess, Seyi Hunter.

Seyi Hunter
The eloquent movie-maker spared no word in expressing her displeasure while driving home her opinion. According to her, nothing can replace the natural feel of a woman’s sex organs, arguing that only cowardly men will subscribe to the use of sex dolls.

“Sex doll can never be a threat to women; it is not possible because it can never be the same, hell no! It’s no threat. It’s impossible for sex dolls to replace ladies/women; the feel can’t be the same for God’s sake. A woman will always be a woman, soft and succulent, its only men with fear, men that have complex issues, men that can’t woo a woman that will get the sex doll,” she retorted.

READ ALSO :  Shocking Confession! Reader Discretion Is Advised: My Pastor Is Not Really A Saint
However, she agreed that there is no harm in possessing one, but must be used only in the absence of a woman.

“Having a sex doll is good, it can be used once in a while but it can’t take over the place of a woman, it is not possible because no matter how a doll is built, it can’t give the same pleasure I and every other woman out there will give. It can only be used to pass time or when there is no woman available; it can’t be the same as a woman,” she concluded.

READ ALSO :  SHOCKING: 11-Year-old Threatened To Report Me If I Didn’t Have Sex With Her —suspect (Photo)