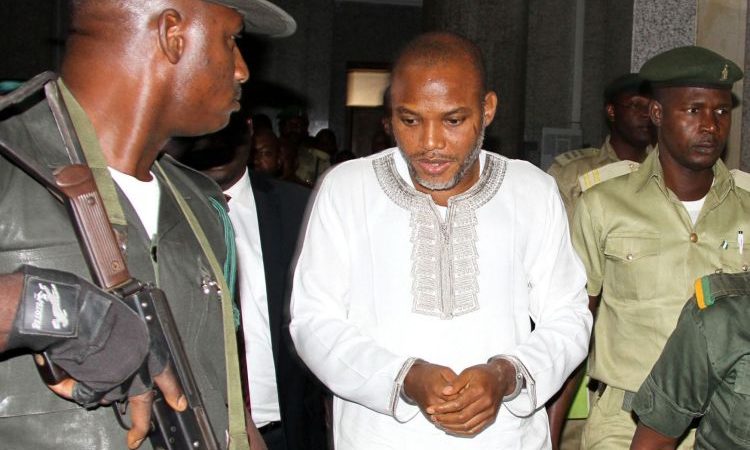 Ahead of Saturday’s governorship election in Anambra State, candidates of political parties have urged the federal government to release leader of the Indigenous People of Biafra (IPOB), Mazi Nnamdi Kanu to the South East Council of Traditional Rulers and the representatives of Igbo Archbishops and Bishops.

The candidates in a joint statement yesterday noted that the release of Kanu would eschew all acts that may torpedo the forthcoming election.

While they committed to a violence-free election, they however urged IPOB not to do anything that would be seen to be hindering the smooth running of the forthcoming election.

They however called on the Independent National Electoral Commission (INEC), the armed forces, other security agencies and all stakeholders to discharge their mandates in accordance with the law and in a fair and just manner.

The statement of the candidates came barely days after the religious and traditional rulers from the South East demanded the release of Kanu as well as demilitarisation of the zone.

The statement read in part, “We the candidates in the forthcoming Anambra State Governorship Election commit unequivocally to non-violence and the maintenance of peace throughout the duration of the election and beyond.