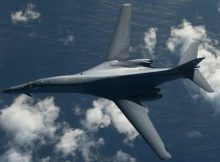 For the first time since Donald Trump’s inauguration as U.S President, the United States military conducted airstrikes in Libya on Friday night, the Pentagon announced Saturday.

The strikes coordinated by unmanned aircraft  and signed off by Donald Trump last week, killed 17 Islamic States militants and destroyed three vehicles at the camp, located about 150 miles southeast of Sirte, the US Africa Command which coordinates US troops in the region said.

The number of ISIS terrorists and their cells within Libya had reduced significantly during the last two years following constant US military intervention in the area, but the last few months, terrorists had started having meetings and forming aggregates as a result of  the Libyan government’s instability.

“In coordination with Libya’s Government of National Accord and aligned forces, U.S. forces conducted six precision airstrikes in Libya against an ISIS desert camp on Friday,”

“The camp was used by ISIS to move fighters in and out of the country; stockpile weapons and equipment; and to plot and conduct attacks, ISIS operatives in Libya have been connected to multiple attacks across Europe.”  The US Africa Command said in a later statement.

“The United States will track and hunt these terrorists, degrade their capabilities and disrupt their planning and operations by all appropriate, lawful, and proportional means, including precision strikes,” Africa Command’s later statement added.

The last US airstrike against Libyan ISIS operatives was carried out on January 19, the day before Trump was inaugurated.

ISIS took over Sirte in early 2015, turning it into its most important base outside the Middle East and attracting large numbers of foreign Daesh fighters to the city. The  terrorist group imposed its rule on residents and extended its control along about 155 miles (250 km) of Libya’s Mediterranean coastline.

But it struggled to keep a footing elsewhere in Libya and by last December was forced out of Sirte after a six-month campaign led by troops from the western city of Misrata and backed by US air strikes.