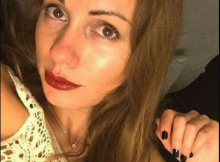 A popular Russian model died in an accident while showing off topless and hanging out of the window of a speeding car.

Natalia Borodina, 35, from Moscow, was killed in the Dominican Republic after smashing her head on a pole while hanging out of a moving vehicle. In the video taken seconds before her death, the mother-of-one is seen naked from her waist up. She had nothing on except bikini bottoms. 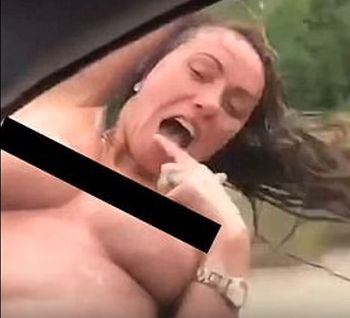 As the car sped along the road, she put her head and entire upper body out of the car window then struck different sexy poses while someone in the car filmed on a mobile phone. As they plied the highway near Punta Cana, Natalia’s head hit a lamp post and her body was thrown sideways. The driver, believed to be her friend Ivanna Boirachuk, 32, was heard screaming as the video ended.

READ ALSO :  Must read Info: If you are an ATM user In Nigeria, this Information is for You…from CBN

Russian media reported that she was rushed to hospital but later died from “serious injuries”. She is survived by her eight-year-old son. It is believed her son was holidaying with her in the Dominican Republic. Her family has been notified of her death.

Watch the video below.