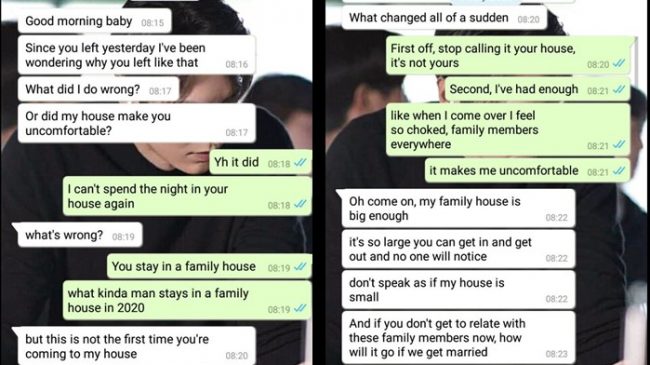 The WhatsApp conversation between a lady and her boyfriend surfaced on the internet and the content of their chat has her telling him that she won’t marry him should he continue to live in a family house.

As can be seen in the leaked screenshots between the lady and her boyfriend identified as Jerry, they both can’t marry each other if he doesn’t pack out of his family house as it makes him look irresponsible.

READ ALSO :  How A Woman Tries To Commit Suicide After Meeting Her ‘Ugly’ Online Boyfriend For The First Time

The lady who revealed she’s 25, stated that it’s a height of irresponsibility for a 29-year-old “rich” man to still live with his family and even think of marrying and living with his wife in the same family house.

Jerry however told her that he stays with his mum because he’s her only son and his father died when he was too young so he is literary his mum’s husband.

Read their full conversation below, 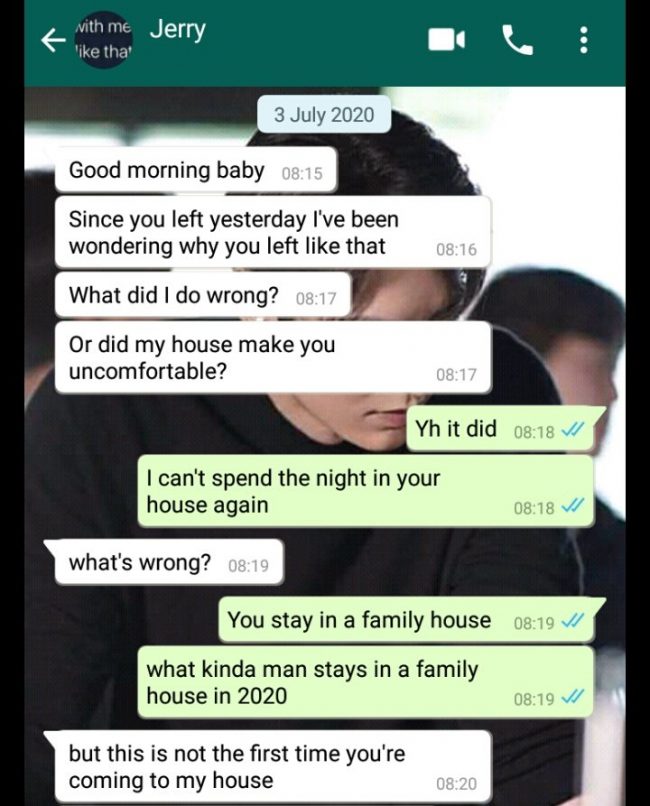 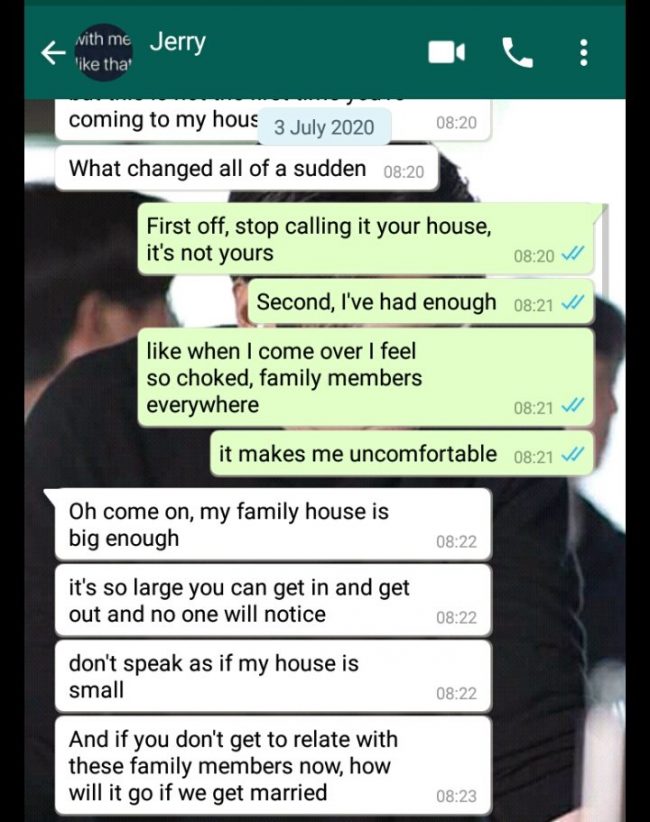 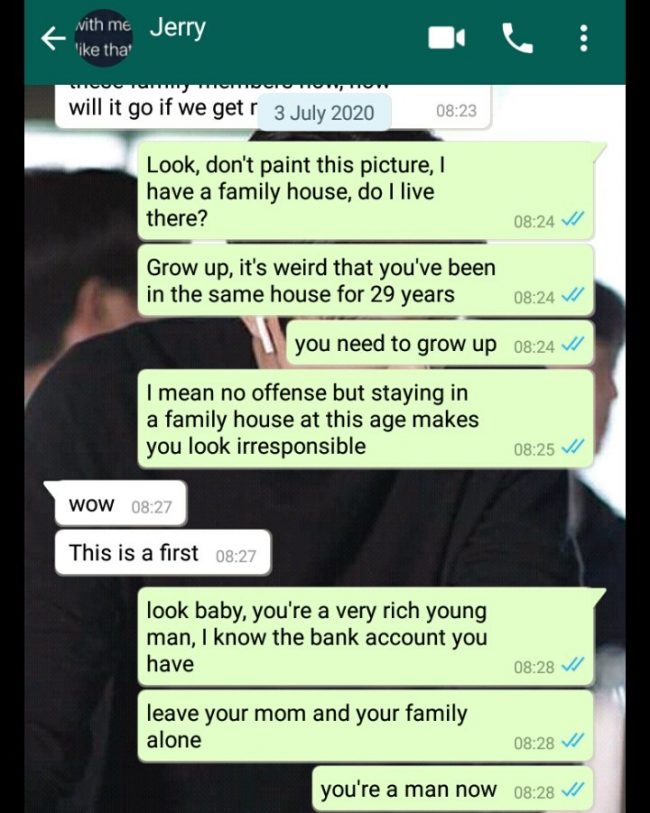 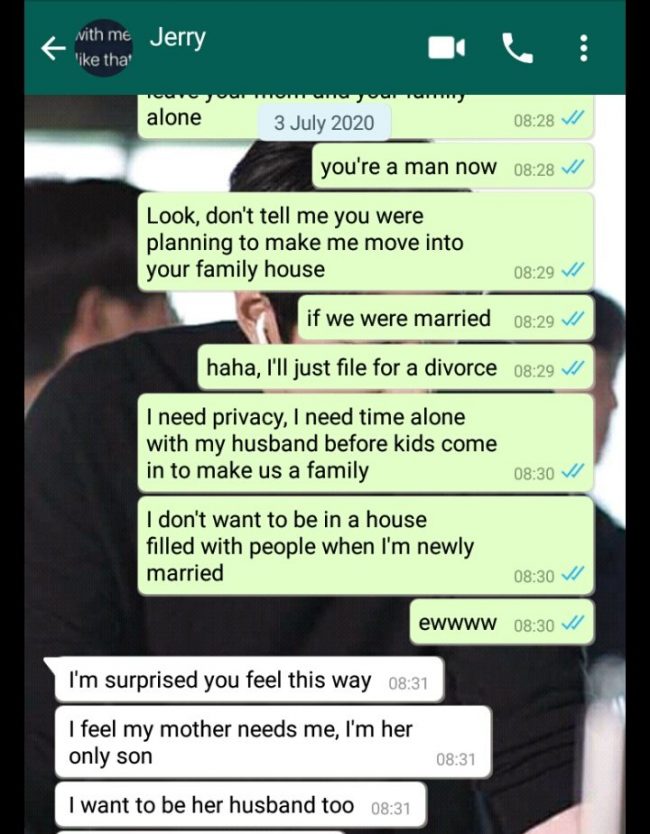 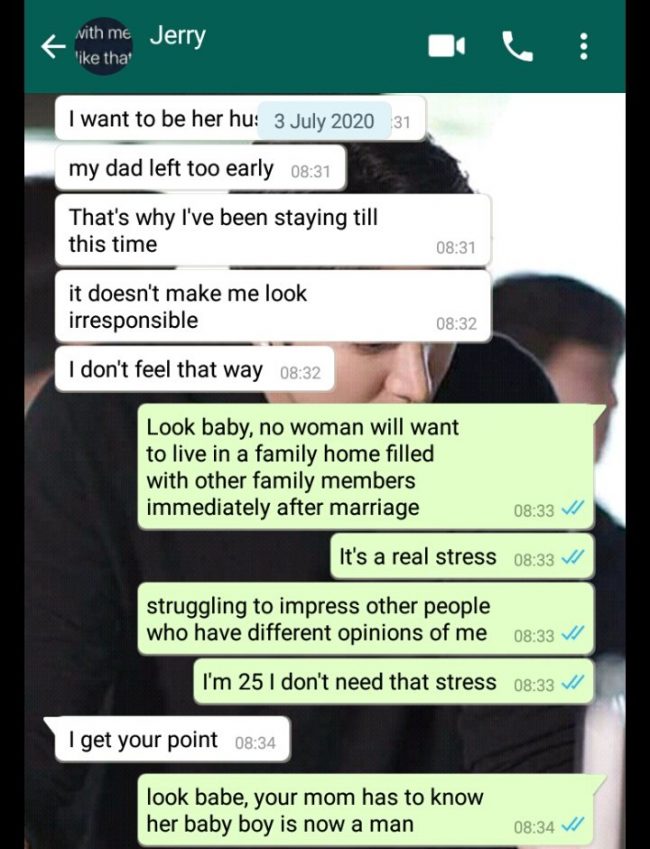 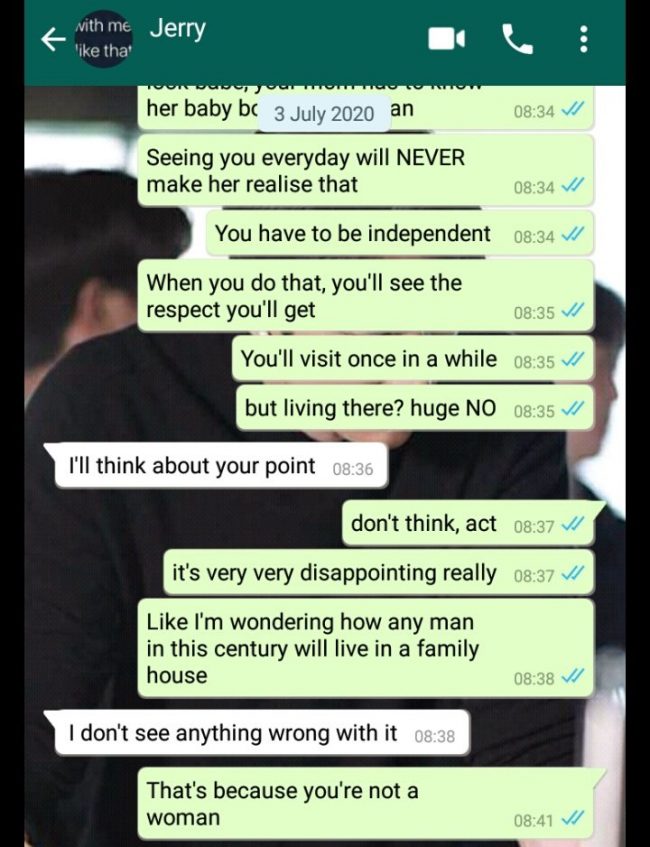 READ ALSO :  Bobrisky Was Added As A Speaker At A Media Conference In Abuja, But Then 2 Of His Fellow Speakers Rejected Him And Angrily Pulled Out Of The Event 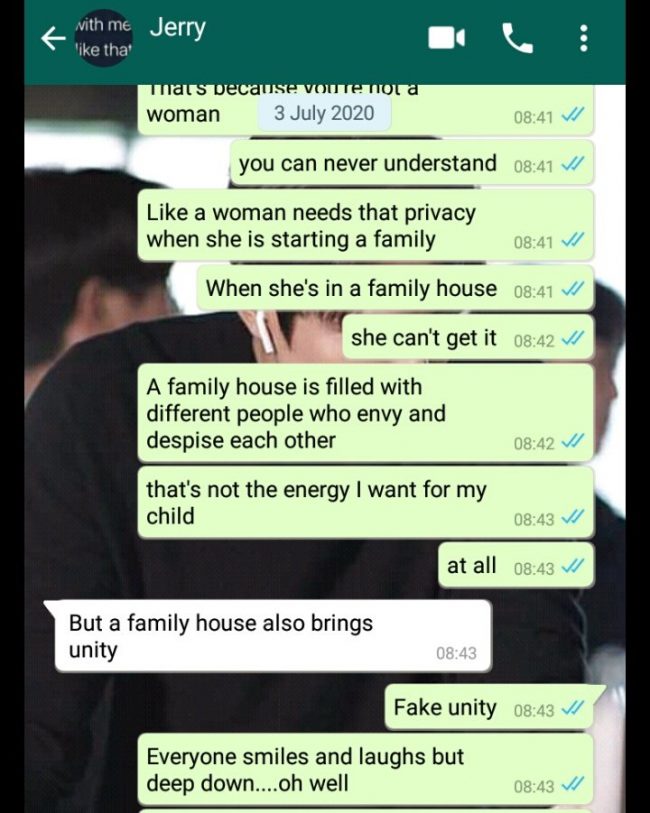 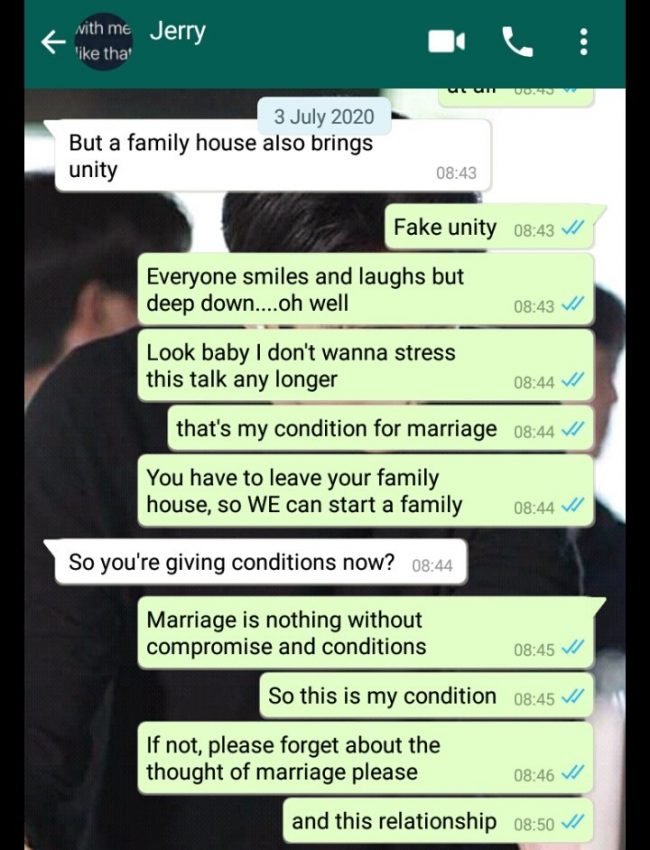