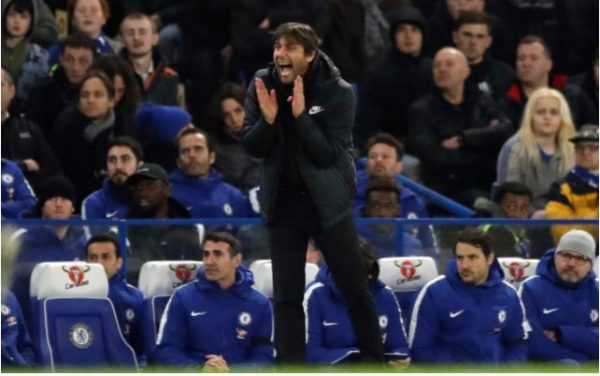 Antonio Conte is looking forward to pain. The Chelsea coach knows precisely what is required of his team to beat Barcelona on Wednesday and progress to the Champions League quarter-finals. And it will not be pretty.

READ ALSO :  Cameron: Deal Means Britain Won't Be Part of EU 'Superstate'
And this is what he says will be required if his team are to inflict the first home defeat on Barcelona this season. After watching his old club, Juventus, progress last week against Tottenham in very similar circumstances to those Chelsea’s face – winning away after drawing the home leg – he pointed out that his side lacks something the Old Lady has in abundance.
“For sure, Juventus showed great resilience, they suffered a lot, and in the right mind they killed Tottenham,” Conte said. “But don’t ­forget you are talking about a team with many players with great experience, many players who won the Champions League in this Juventus team. We don’t have this.”
READ ALSO :  Photos: FIFA Honors Vincent Enyeama
Though when it comes to experience, at least one of his players knows where to seek advice. Marcos Alonso may be about to make his first appearance at the Camp Nou, but his father Marcos played for Barca for five seasons in the Eighties. As for his grandfather, another Marcos, he won the European Cup five times with Real Madrid. “My grandmother has five replica cups at home,” said Alonso of his family history.
“It gives me extra motivation for sure. My grandfather used to say it was easy to play because he was a centre-back, he just used to get the ball back and give it to Di Stefano, Gento, Puskas. If you listen to him, when he used to talk about it, yeah, it sounds very easy, but today it is very hard and something amazing to fight for, starting from Wednesday.”
Post Views: 20