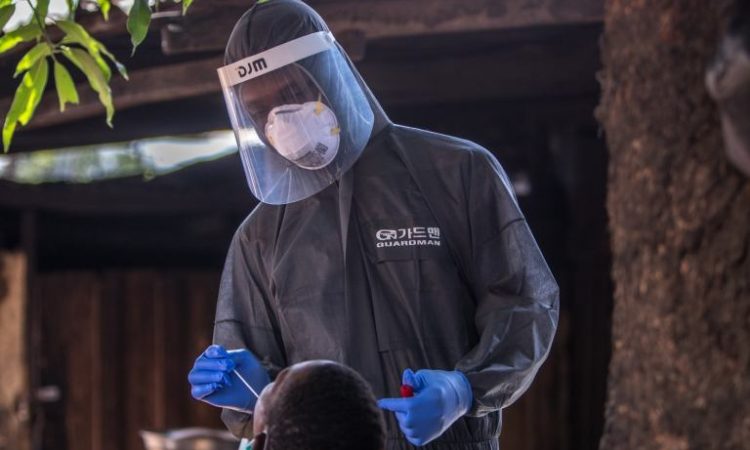 On the 9th of May 2020, 239 new confirmed cases and 11 deaths were recorded in Nigeria, according to a report by the Nigeria Centre for Disease Control (NCDC). The new cases have raised the total number of confirmed cases in the country to 4,151.


According to NCDC, 239 people tested positive out of 1,180 samples collected. Nigeria has 23,835 samples tested in its ongoing campaign against the deadly COVID-19, which is far less than Ghana and South Africa that have conducted over 100,000 and close to 200,000 testings so far, with South Africa increasing its daily tests to more than 10,000 a day. NCDC while announcing the new cases on its verified Twitter handle on Saturday night, stated that no new state has reported a case in the last 24 hours.Till date, 4151 cases have been confirmed, 3,300 cases are active, 745 cases have been discharged and 128 deaths have been recorded in 34 states and the Federal Capital Territory, Abuja.

A breakdown of cases by state:

Nigeria’s virus cases have witnessed an increase in the last six days after the gradual easing of lockdown in Lagos, and Abuja commenced. Vanguard reports that six days after the ease of lockdown in Lagos and Abuja, Nigeria has recorded 1,593 new cases of COVID-19 and 41 new deaths, while 345 patients have been treated and discharged from isolation centres across the country. Before the easing of the lockdown on May 4, Nigeria had 2558 confirmed infections, 2,071 Active Cases, 400 discharged in the country and 87 deaths. NCDC while advising Nigerians on the preventive measures for the coronavirus disease reiterated the importance of physical distancing, frequent handwashing, and the wearing of face mask in public. It also warned against discrimination of people who are infected or recovered, as doing so will affect the centre’s ability to identify and treat people who need care.

READ ALSO :  Presidency Picks 6 PDP Govs to Have Lunch With Buhari in London [See Names]
Meanwhile, Lagos State Governor, Mr Babajide Sanwo-Olu has expressed displeasure over non-compliance by residents to safety guidelines and directives in the wake of gradual easing of lockdown, warning that government would not hesitate to review the terms of easing if level of compliance continues to nose dive. Sanwo-Olu, gave the warning while giving an update on COVID-19 situation in the state, during a live broadcast, on Saturday.

The governor, who commended some sectors for their encouraging level of compliance, frowned at flagrant disregard to safety directives by commercial bus and motorcycle operators, with a strict warning to redress forthwith or face severe sanctions.

READ ALSO :  Meet The Man With A 10 Inch Penis Thanks To Silicone

Oceania: 125 deaths; the 4 countries reporting deaths are Australia (97), New Zealand (21), Guam (5) and Northern Mariana Islands (2). Other: 7 deaths have been reported from an international conveyance in Japan. The world has joined hands to find a vaccine for the novel coronavirus and scientists and medical researchers across the globe are scrambling for the first breakthrough. Since the virus spreads easily and is already overwhelming the healthcare system of most countries, a vaccine is the most effective way of putting a pause on the spread of infectious disease.

At present, almost 80 groups globally are working at break-neck speed for the same, even though a vaccine fit for humans normally takes years to develop. Currently, there are 111 potential vaccines for the SARS-CoV-2 which are in different stages of clinical trials.