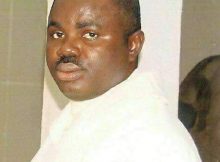 Catholic Bishop of Auchi Diocese, Most. Rev Gabriel Dunia confirmed the abduction on Thursday,  at a press conference held in Auchi in Etsako West Local Government Area of Edo.

According to the bishop, the priest was kidnapped along Auchi-Okpella highway on Wednesday evening.

“Rev. Fr. Adorolo was on his way back from Auchi to his parish, St. Benedict Catholic Church, Okpella, when he was abducted by unknown gunmen at the bad spot near Okpella at about 6.00pm on Wednesdayevening,” he said. 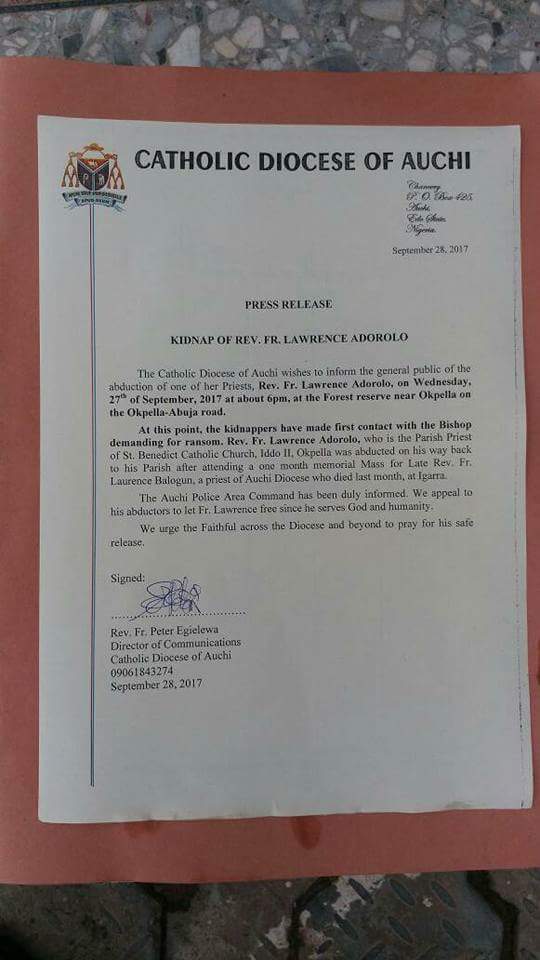 The bishop condemned the act, saying that the abductors committed an abominable act by keeping a priest who offers selfless service to God and humanity for ransom.

“The abductors have made contact with the church for ransom. The church does not pay ransom as it is not a profit-making organisation,” he said.

Spokesperson for the Edo State Police Command, DSP Moses Nkombe, who also confirmed the incident,  said that more operatives have been deployed to the region.