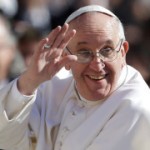 Vatican City (AFP) – Pope Francis on Sunday named 20 new cardinals including many from Latin America and Africa, which have become key areas for the Catholic Church as its demographics have shifted away from Europe.

Fifteen of the new cardinals are also under the age of 80, meaning they are eligible to join the conclave which elects the next pontiff.