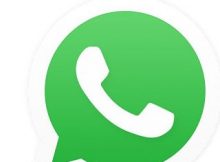 WhatsApp will end support for for its app for BlackBerry devices including BlackBerry 10 by the end of 2016, the company announced in a blog post. The company will also do away with WhatsApp Messenger for Nokia S40, Nokia Symbian S60, smartphones with Android 2.1, Android 2.2 and Windows Phone 7.1.

READ ALSO :  MH370: Reunion debris is from missing plane, says Najib
Must Read: WhatsApp to get end-to-end encryption soon, along with Facebook integration

The announcement was made soon after WhatsApp celebrated its seventh anniversary and recently crossed over 1 billion users worldwide. ” As we look ahead to our next seven years, we want to focus our efforts on the mobile platforms the vast majority of people use,” it said. WhatsApp is shutting down its support for these mobile devices as they no longer ‘offer the kind of capabilities we need to expand our app’s features in the future’, according to the blog post .

WhatsApp said that 70 per cent of the devices in 2009 (when WhatsApp Messenger was launched) had either a BlackBerry or Nokia OS but the scenario has completely changed now. “Mobile operating systems offered by Google, Apple and Microsoft – which account for 99.5 percent of sales today – were on less than 25 percent of mobile devices sold at the time,” it said.

READ ALSO :  Photos: Nigerian Mother In Lagos, Ajah Beat Up Her Little Kids And Put Pepper Inside Their Eyes (Must See) Blackberry itself has dropped BB10 in favour of Android and this move from WhatsApp just makes it clear that there is no life for BB10 devices.

READ ALSO :  Photos:Woman Banished From Enugu Community For Allegedly Killing 4 Of Her Family Members Over Inheritance
WhatsApp recently announced a new update that brings eight tabs of emojis to WhatsApp Messenger instead of five. These include a tab with sports emojis, one with flags, bulbs and beverages. WhatsApp Android update with new emojis coming soon in India the new emojis include an upside down face, popcorn box, robot faces, a nerd face, an urn, turkey and even a middle finger emoji.
Post Views: 6