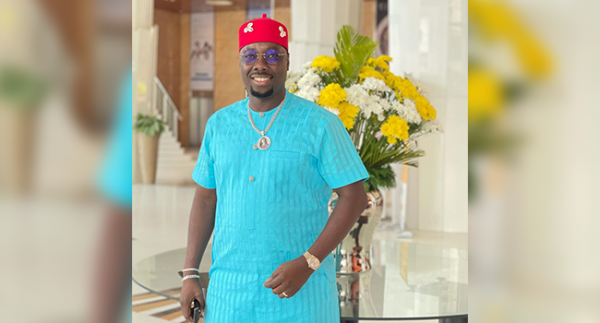 Some Nigerians have warned against detaining billionaire businessman, Obinna Iyiegbu, aka Obi Cubana, who was arrested by the operatives of the Economic and Financial Crimes Commission, EFCC, on Monday.

DAILY POST had reported that the Anambra-born club owner was taken to the headquarters of the EFCC at Jabi, Abuja, Monday afternoon and was interrogated by officers of the agency over alleged money laundering and tax fraud.

The report which flooded the social media on Monday night, generated reactions from concerned Nigerians as many took to their social media handles to express concern over the repercussions of the move on the November 6 governorship elections in Anambra State.

Recall that Obi Cubana made headlines and became the talk of the town in July when he hosted an ostentatious burial for his late mother in Oba, Anambra State, in which over 200 cows were reportedly slaughtered.

The lavish display of wealth set tongues wagging, with many Nigerians wondering about his source of wealth. Several celebrities, businessmen and women, including politicians turned out in large numbers for the funeral.

The popular socialite subsequently became a role model to several Nigerian youths, including the Big Brother Naija, BBNaija 2021 winner, Whitemoney who aimed to venture into business with the hope of becoming successful like Obi Cubana.

Some Nigerians, particularly youths who chatted with DAILY POST on Tuesday morning, said the arrest may worsen the already deteriorated security situation in Anambra State.

An On Air Personality, OAP in a popular radio station in Abuja, Adeyemo Michael, a.k.a Mr Microphone, told our correspondent that the arrest is coming at a time when Obi Cubana’s state of origin is already tensed up.

READ ALSO :  2Face Idibia Speaks: Boko Haram is Not About Islam, It is a Political Issue

He said, “This is definitely not the right time for this drama. You and I know how the business man is regarded in Anambra State with millions of supporters in the Southeast.

“If they fail to release him today, I’m not sure the governorship election will hold. This is definitely not what we are expecting from the federal government right now”.

Another respondent, a spare parts trader in the nation’s capital who identified himself as Ifeanyi, told DAILY POST that the federal government has just added to the problems of the Southeast.

He lamented that despite calls for the President Muhammadu Buhari’s government to free Nnamdi Kanu, leader of the Indigenous People of Biafra, IPOB, the government has arrested another popular and very important citizen of the region.

“The IPOB members are commencing a one-week sit-at-home beginning from Thursday over the arrest of our beloved Mazi Nnamdi Kanu who has been detained in the custody of the Department of State Services, DSS, for just demanding for his right.

“We have not even finished Kanu’s own, now they have kidnapped another important son of the soil. This shows that this government is actually against the Igbos,” he said.

Meanwhile, a social media influencer, Adejor Kenneth told our correspondent in a chat that Obi Cubana must be carefully monitored, stressing that his sources of wealth is unclear.

According to him, Cubana’s ties with the embattled Inspector-General’s Intelligence Response Team (IRT), Abba Kyari who was recently suspended over alleged corruption should be investigated.

“Abba Kyari was sitting at Obi Cubana’s mother’s burial, spending money. Now, both of them are in trouble. He needs to be properly investigated”, Adejor added.