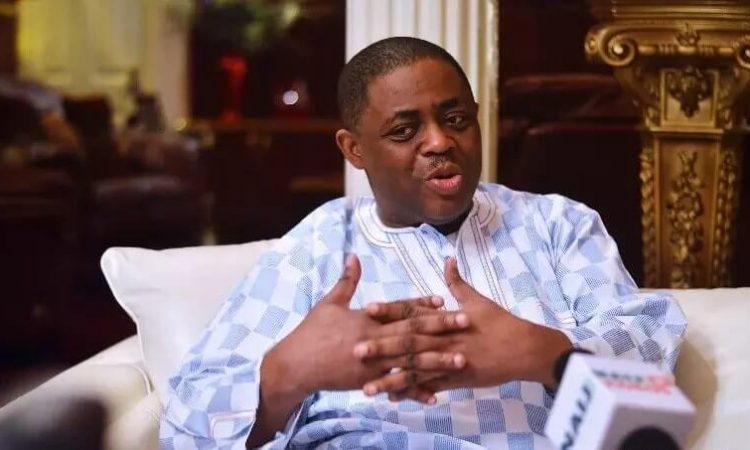 The All Progressives Congress (APC), German chapter, yesterday warned that the ruling party would find itself in a mess if a former Aviation Minister, Chief Femi Fani-Kayode is allowed to return to its fold. The chapter, also, warned that the return of the former minister could generate friction that would disorganise a party already in leadership crisis.

The Publicity Secretary of the chapter, Mr. Akintunde Hareef Akerele gave this warning in a statement he sent to THISDAY from Canada yesterday.

According to him, if interest is the only permanent political component, APC should not make it cheap to the likes of Fani-Kayode to abuse.

READ ALSO :  Biafra: What IPOB, Nnamdi Kanu Should Do About Court Judgement – Barrister Ubani
He, therefore, argued that liberal and conservative ideas “are not built to be desecrated by individuals because they are bigger than them.”

Rather, he urged the APC to grow its progressive ideas through a seamless process of attracting only like minds of progressive ethos and not seasonally recycling self-seeking opportunists of low esteem.

He said APC “is not opposed to dissent, but it has to be on the issue and for the betterment of our people.”
He, however, observed that Fani-Kayode had rebuffed the rumors that he had joined the party on Twitter but days before that day he was drawing a parallel of supposed Islamic cleric’s meeting with Fulani bandit and that of the cleric’s meeting with Atiku in 2019.

He added that it was “a welcome development that he confirmed he is still in his party; for whatever reason that he met with Governor Yahaya Bello of Kogi State let’s give him the benefit of the doubt was a discussion across party lines.

“Time will tell what delicacy they are preparing that makes the house to get burnt, but in fairness he is another good riddance that should not be allowed in the fold.

“Fani-Kayode is politically inconsequential and irrelevant other than the fact that he has a mouth piece with which he spews resentful rhetorics that enshrine discord. Words are like eggs. Once they are broken, they cannot be pieced together again.
“I am sure there are many more significant opposition politicians that their cross-carpet will not generate controversy because they are decent not that they have not been critics but have done it with civility.”

He, said that even though it would be fair “to give him the benefit to return. Unfortunately, the odds of his return are greatly stacked against the party because it will generate friction that will disorganise a party already in a leadership crisis.”