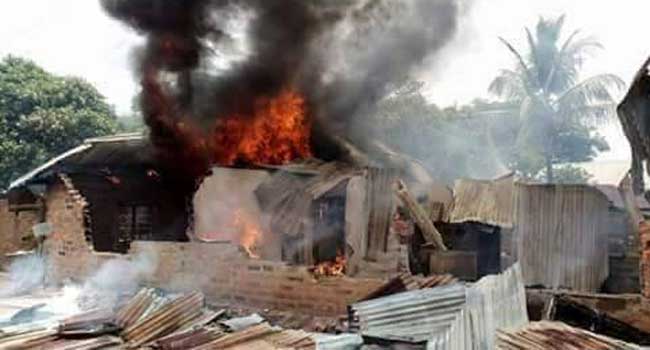 Three people have been killed and houses set ablaze in an invasion by suspected rampaging herdsmen on Orile Igbooro village in Yewa North Local Government Area of Ogun State.

Residents told SML Media that the attackers struck when residents were still sleeping, adding that nine others were injured in the middle of the night (Saturday).

The residents are calling on security operatives and government to do the needful as they continue to live in palpable fear.

The attack, which came barely 24 hours after two persons were killed in Owode Ketu, has created tension across the area and beyond, as investigations showed that the Fulani herdsmen have found their way to border communities in the state.

Buildings were touched, crop barns, vehicle and generators set ablaze with no resistance from these defenceless residents.