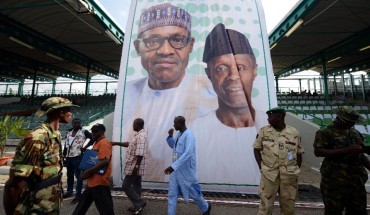 Nigeria – Muhammadu Buhari, who is being sworn in on Friday as Nigeria’s new president, is a one-time coup leader who once ruled Africa’s most populous nation with an iron fist.

But he has undergone a remarkable transformation from military general to as he calls it a “converted democrat” whom many see as the solution to Nigeria’s many problems.

His election victory over President Goodluck Jonathan two months ago was the first time power had changed hands to an opposition party at the ballot box in Nigeria’s turbulent political history.

Yet commentators say he will still need to delve into his army past to tackle rampant corruption, Boko Haram security concerns and economic troubles over the next four years.

“For him to succeed in tackling these knotty problems, he will need to behave like a dictator in spite of the constitution, ignore criticisms and keep abay sycophants,” said one former army officer who took part in Nigeria’s first military coup in 1966.

“This is the time for him to bear his fangs against graft,” added social commentator Tokede Williams. “A man called upon to be a hawk must catch chickens.”

Buhari, 72, has already pledged the corrupt and corruption will have no part in his administration and that he intends to lead by example.

Unusually for a Nigerian leader, he did not accumulate much in the way of spoils during his 20 months in charge of a military regime from December 1983.

The devout Muslim, who has had to fend off claims from opponents that he is a religious zealot, is known to have only one simple bungalow in Daura, his home town in the northern state of Katsina.

In office, his conduct will be closely watched for signs of excesses from his previous time in power that notably saw a crackdown on “indiscipline” and corruption.

Critics of the regime and political opponents were thrown in jail, including the Afro-beat music legend Fela Kuti, who was known for his outspoken lyrics.

Umaru Dikko, a former minister to the elected president Shehu Shagari that he overthrew, was found drugged in a crate on a plane at Stansted Airport, in an attempt to smuggle him back to Nigeria.

“At his age, it is always difficult for somebody to change his normal way of life overnight. A leopard doesn’t change his spots suddenly,” said one lawyer close to the incoming administration.

“However it all depends on those guiding him in office. Buhari is used to the military command structure and the tendency to be autocratic will always be there.”

Softly spoken Buhari himself has rejected the description of “dictator” and vowed to operate “under democratic rules”, without conducting a witch-hunt against the previous administration.

“Let’s put the past behind us, especially the recent past. We must forget our old battles and past grievances and forge ahead,” he said in his acceptance speech on April 2.

This month, he announced he would no longer be referred to as “General Buhari”.

He slipped out of public life but returned as head of a government agency, the Petroleum Trust Fund, bankrolling development projects with additional revenue from oil sales.

At the agency, he again showed an autocratic but effective style.

“He is not very communicative, he is reticent but quite knowledgeable without flaunting it,” said Ayo Banjoko, a Lagos-based political analyst.

“He is imbued with a messianic zeal. He has a rigid and intransigent disposition and he believes this country must and should be purged of its ills, especially corruption.”

Buhari’s military background and previous role as a northeastern governor have seen him viewed as best-placed to tackle the Boko Haram insurgency that has killed 15,000 since 2009.

Last July, he narrowly escaped death after a suicide bombing on his car as it travelled through the northern city of Kaduna. Many blamed the militants after he had previously criticised the group.

Buhari is divorced from his first wife Safinatu, with whom he had five children, and married Aisha, 44, in 1989. They also have five children together.