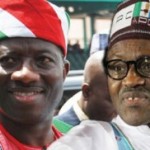 Lagos Muhammadu Buhari is sworn in as Nigeria’s next president on Friday but he has a daunting to-do list after promising wholesale change during elections two months ago.

Here are four key areas he will have to tackle when he takes office:

Buhari, 72, has said the corrupt and corruption will have no place in his administration, sparking fears of a wide-ranging crackdown similar to his previous time as military ruler in the 1980s.

But he has pledged outgoing President Goodluck Jonathan has “nothing to fear” and there will be no witch-hunt against the former administration.

Some areas are likely to be too big to ignore, however, such as the running of the opaque, state-run oil firm, which is seen as riddled with corruption.

Analysts predict Buhari will beef up existing anti-corruption agencies, while he has personally promised to declare his assets and liabilities for greater transparency and accountability.

Buhari’s All Progressives Congress (APC) estimates it could save three trillion naira ($15 billion, 13 billion euros) by streamlining government and plugging “leakages” in the system.

Jonathan’s administration will be remembered for the rise of Boko Haram Islamists, who left least 15,000 people dead and more than 1.5 million homeless in a six-year campaign of violence.

Boko Haram is currently seen as on the run but security experts say the war is far from over, with sporadic attacks continuing and the likelihood the rebels could regroup in border regions.

But restructuring also needs to go hand-in-hand with social and economic programmes to tackle the root causes of the insurgency, namely lack of development and unemployment in the Muslim north.

Buhari has indicated he will maintain regional cooperation with Chad, Niger and Cameroon but he faces potential trouble on another front from former militants in the oil-producing southern Delta.

Rebels wanting a fairer share of oil wealth have threatened to resume their activities against energy facilities in the region if a government amnesty programme is not extended beyond this year.

Nearly two-thirds of Nigeria’s population of more than 170 million is under 30. But unemployment is currently nudging 30 percent, despite strong overall rates of economic growth in recent years.

Buhari’s administration has pledged to embark on a massive programme of industrialisation, including building railways, improving roads and ports, and improving crumbling infrastructure.

But those programmes could be hamstrung immediately by lack of funds, with Nigeria hit hard by the slump in the global price of oil, on which it depends for 90 percent of foreign income.

Observers say diversifying the economy is a must, as is educational reform to improve skills. Some 10.5 million Nigerian children are currently out of school — the most in the world.

Last Friday, the government said Nigeria was producing just 1,327 megawatts of electricity — an all-time low and down even on Buhari’s last time in power in 1983-85.

Reversing the country’s crippling power deficit is seen as key to driving economic growth but has evaded successive governments because of mismanagement, incompetence and vested interests.

Buhari is expected to decentralise, deregulate and privatise the transmission sector, opening it up to competition. The APC has reportedly promised to triple generation to 12,000 MW by 2019.

He will also have to address the oil and gas sector and controversial subsidies paid to fuel importers who bring in petroleum products because of a lack of functioning refineries.

The government’s alleged non-payment of arrears saw fuel supply lines shut down in recent weeks, causing a crippling shortage that brought Nigeria to a near standstill.