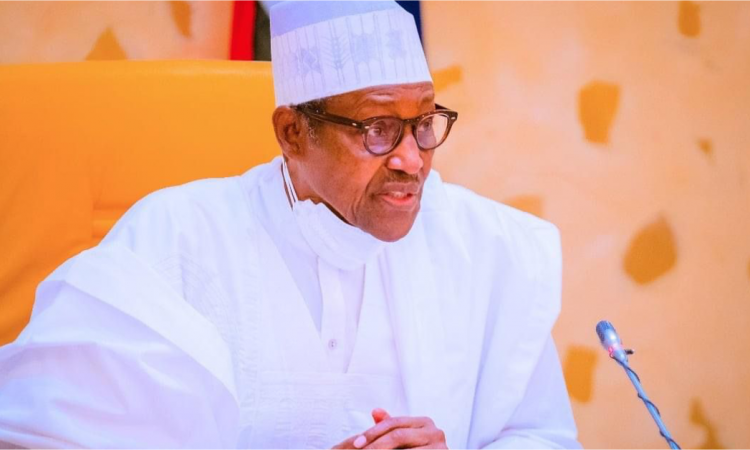 It doesn’t just ring a bell, but as a layman let me try to analyze in my little understanding what I heard the Finance Minister said few days ago

May be it makes sense to those who understand it better. That the government will be freely doling out 5k to 40 out of the over 200 million Nigerians monthly as a way of cushioning the effect of the removal of fuel subsidy. What a new economic sense! That a government has chosen to do this to address the problems of its individual citizens in such a manner ? Is it lack of ideas or show of it?.

. It was the country’s minister of finance, Zainab herself that openly said this and no other government official, not even Lai Mohammed has debunked it.

Perhaps he is yet to hear this. She said the only medicine for subsidy removal was to do that so that the 40 million people will not feel the impact of the removal of subsidy of petroleum products, and may be as time goes by, more and more of the population will be given their share until everyone, including yours sincerely, got theirs.

What a policy indeed! This is the same policy that President Mohamadu Buhari vehemently kicked against when it was adopted by the last administration of the PDP.

READ ALSO :  'Okorocha is a curse. He smoked expired weed!' - Nigerians reacts to the unveiling of President Jacob Zuma's statue in Imo State

Buhari and other Apc founders had to match the streets of Nigeria in protest of the removal of fuel subsidy only for them to embrace it now that they are in power.

Funny . That a government in its almost 7 years of existence will be sharing five thousand naira to 40 million of its members monthly as transport fares (to their farms, markets, school, etc?).

The last time such a juju –like exercise was played out was during the trader moni in which the number two man, Vice President of the federation and a Professor of law and Pastor, Yemi Osinbanjo doled out billions of naira to market women during the 2019 campaigns.

Wonders shall never end. What we have never witnessed in the country has come visiting us. And it is happening at the twilight of the administration sending scary signals of grave uncertainty and a bleak national future. This is a clear indication of lack of economic ideas to move the nation forward. It is a sign of an escalating downturn of a nation in desperate need of socio-economic survival. Out of a population of 200 million people, the Buhari administration has chosen to help 40 million( less than 25 %) with TP. What happened to the remaining 160 million people?

The mathematics of this primitive economic sense is that government will be spending #200,000,000 naira monthly on just 40 million people in a month and 2,400,000,000 in one year for same persons, while the remaining 160 million people watch things happen. These lucky 40m people can sleep and wake up and get 5k a month even if they don’t work. But how strong in currency value will the 5k be when its shared in that magnitude? Who are the 40m people that will be selected? Who will select them? How will the data for this weird exercise be generated? Will it be market women or farmers or students or children or party supporters? Has the FG becomes daddy and mummy in providing free money to its citizens just for the purpose of sorting out the pains of the fuel subsidy removal? How will the environment cope with the impact of inflation that will swallow the 5k for those who will be lucky to get the monthly stipend? What of the economic repercussions for the remaining population that will not be part of the enjoyment even though they remain within the same economic environment?

READ ALSO :  Photos: The Nigerian Community In Asia Need Help In Locating The Family Of A Nigerian Man Named Onyebuchi Who Was Found Dead In His Apartment

Do Nigerians really need 5k at this moment, more than a conducive and secured economic environment for commerce, agriculture, tourism, mining, etc? if this is the only policy remaining for implementation for the remaining 1 year plus of this government, the finance minister can best ask Nigerians to prepare for the worst.

I don’t know how the present government will give account of such expenditures when it leaves office. Apart from the trader moni distributed by no less a figure than the Vee-Pee himself, there was the school feeding program of government where food was being cooked for school children per day with bread, egg, etc provided. There were also monies distributed to cushion the effects of Covid-19 where several amounts were given out to individuals and corporate bodies.

Where are our economic and financial experts to dissect this policy and lay it bare for the minister of finance to take it back to her leaders? If the policy is her personal suggestion let it be, but if its what the Federal Executive Council, FEC has approved then the nation is in trouble.

Come to think of it countrymen. How much will the government be spending as a way of closing the gap of fuel subsidy by sharing 5k to just part of its population? What is the economic benefit of doing so? Spending more than the subsidy itself? Why removing it since its more expensive? I think the best government can do is not to rush into doing this seemingly wasteful national economic expenditure, but to assemble financial experts to advise it on what to do now that it is stranded. The more you think about it, the less you understand the objective of the policy.