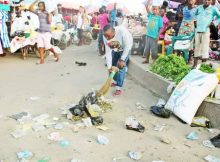 A 17-year-old boy who escaped from the Bayelsa State police detention has been sentenced to 40 strokes of the cane and six weeks of community service.

The young boy had been arrested for stealing a cell phone and a bicycle, but he escaped through the broken ceiling at a police detention facility before he was rearrested and arraigned.

According to reports, the juvenile was found guilty of stealing a mobile phone, a bicycle and escaping from police detention at the Yenagoa magistrate court on the 27th of September. 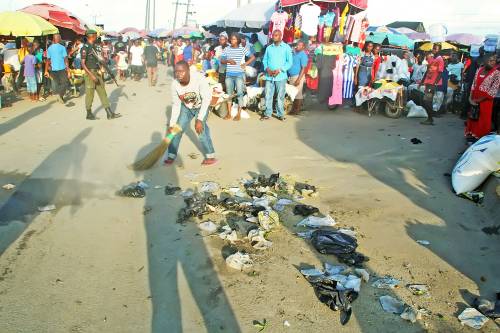 READ ALSO :  SHAME: He Is Mine: Mother And Daughter Fight Over A Lover In Abuja

Confirming his punishment, Deputy Superintendent of Police and spokesman for the Bayelsa State Police Command, Asinim Butswat, said that the teenager who has been handed over to his parents has started sweeping the Swali market in Yenagoa for 30 minutes daily.

On Wednesday, the juvenile was pictured sweeping the Swali market and he will carry on with community service sentence for six weeks.