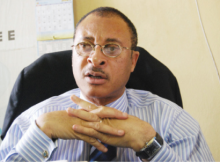 Former presidential candidate and chieftain of the All Progressives Congress, Pat Utomi has disowned the Biafra Zionist Federation, for his nomination as a member of the cabinet of the proposed Biafra Republic.

While speaking with Punch, he denied ever meeting the group before.

He said, “I have never heard of those people before. I have never met them. Nnamdi Kanu was created by people who arrested him and we’re still making the same mistake all over again.

“When you people (media) give credence to those kinds of people and begin to discuss them, tomorrow, they get taken seriously. So, I think the best thing to do is to ignore those kinds of things.”